John Taylor was my great-great-great-grandfather.  Unfortunately, this is a “dead end” line owing to the difficulty of tracing a name as common as John Taylor.   Born somewhere in South Carolina according to census records, he first appears in Early County, Georgia in 1838.  He later lived in Walker County, Georgia and Marshall County, Alabama and died in DeKalb County, Alabama.  His son William F. Taylor, along with several siblings, eventually settled in Titus (later Morris) County, Texas.

The Lilly May Taylor Family Bible

The strange case of Frances M. Reeves, first wife of James F. Taylor, from whom he was separated but never divorced.

Old Photographs of the Taylor Family:

Click on the pictures to see the full-size photo. 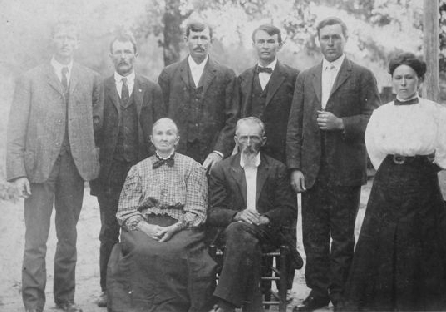 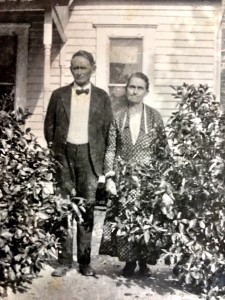 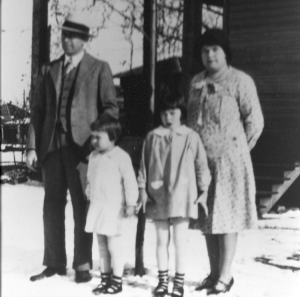 Photo taken about 1930 of Wilson Van Buren Taylor, his wife Passie Louisa Witt, and their two daughters Mildred Louise Taylor and Virginia Van Taylor. Photograph is believed to have been taken outside their temporary home in Mount Pleasant, Texas 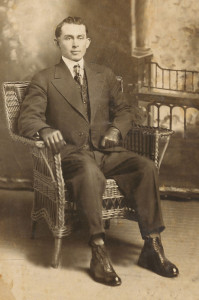 A portrait photograph of a young Wilson Van Buren Taylor. Taken circa 1918. 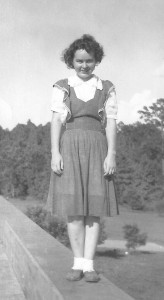 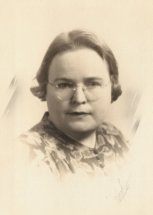 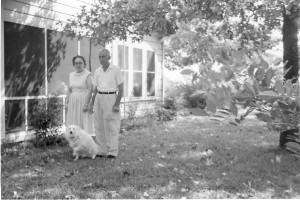 Van and Passie Witt Taylor outside their house, taken sometime in the 1950s. 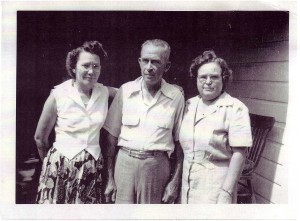