Company B and four others were officially formed at Stevenson and Bridgeport, Alabama (adjacent towns in northeastern Jackson County) on 10 September 1863.   James F. Taylor enlisted that same day at Stevenson.   William F. Taylor enlisted at Bridgeport several months later on 1 February 1864.  Both men served under Captain George F. Allen, the commander of Company B.   Altogether, at least 936 men served in the Regiment.  The Regiment was mustered out on 16 June 1864.

This is his enlistment form: 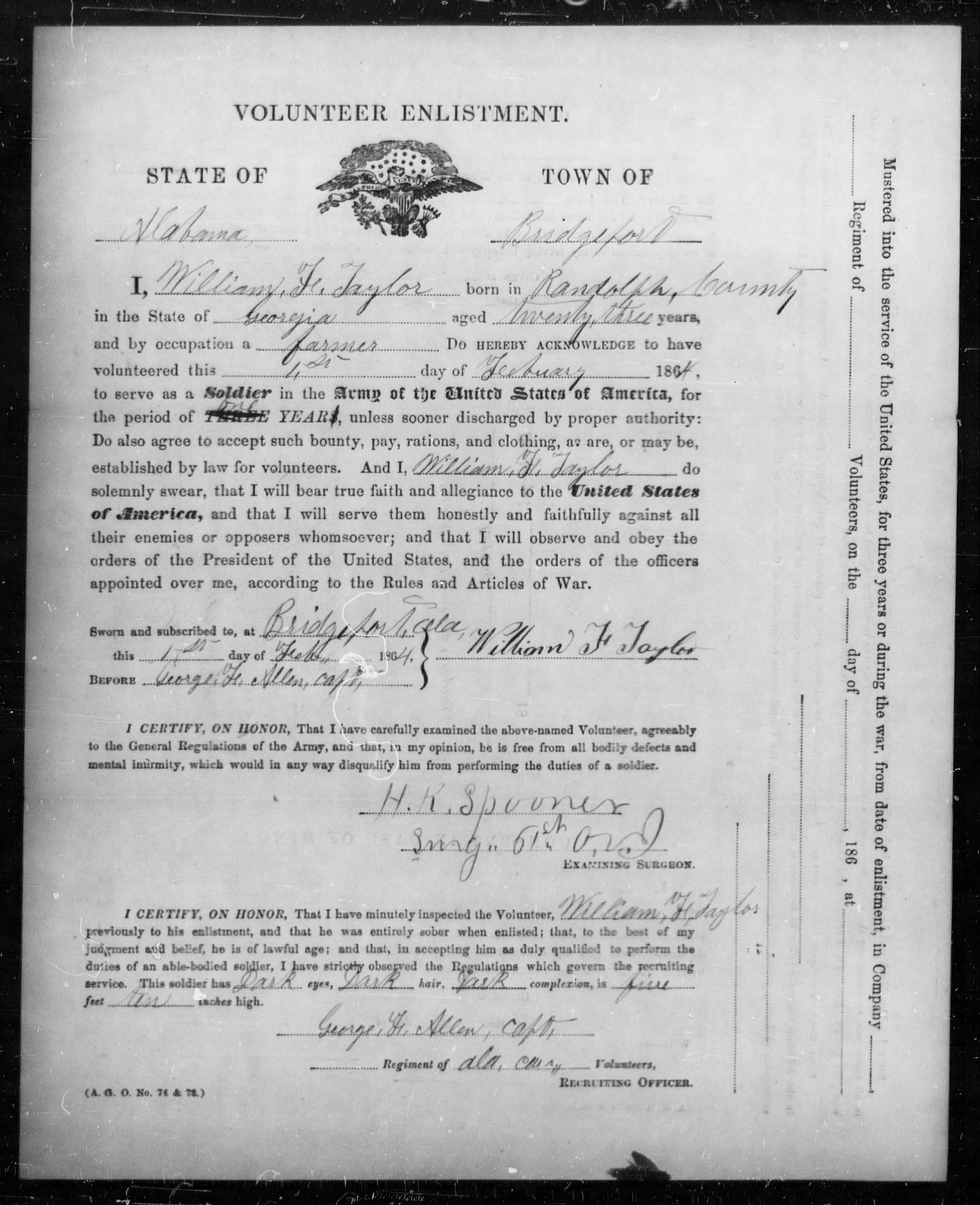